Skip to content
Perfect for your choice
Your Shopping Basket
Sale!
Add to Wishlist 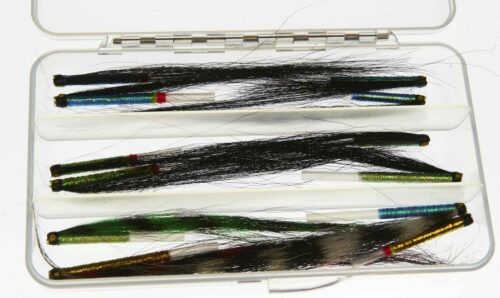 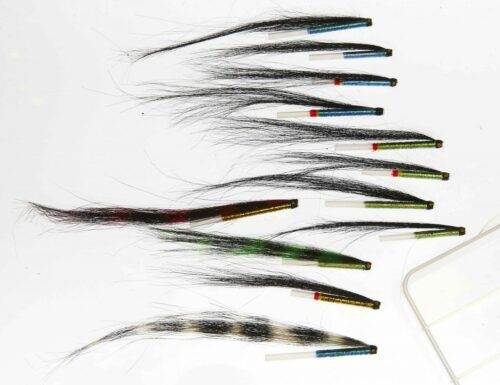 For 3 consecutive salmon seasons, we have worked together with the Norwegian salmon angler Mr. Håvard Vistnes to model a new series of Sunray Shadow flies – Flies that is designed to be fished fast or fished in fast water – They have a slick flat profile and a very eye-catching body design – The mylar that is used for the body is glued on the tube for extra endurance – A split-colouring of the plastic tube creates a contrast look.

Here we have put together a selection of these fine Iridescent Sunray tube flies  All proven European tube fly patterns in the perfect size.

We know that anglers fishing the East Coast of Canada, Nova Scotia, and Newfoundland will be happy to use these flies they work perfect on your rivers… We have tested them

We have not yet had any anglers fishing these tube flies for steelhead but hope to do so in the upcoming season – We believe steelhead won’t dodge this fly.

Try them out this season – we think you will be amazed

what`s in the box?

Working together with salmon angler Håvard Vistnes from the very North of Norway we devised a simple series of very special Sunray Shadow flies – They are built slim with selected hair from the Himalayan goat – The iridescent material is wound and glued onto the body to give the fly a shimmering but also see-through body… We know you will be amazed by the catching ability of these flies – they are some of the best salmon flies we have ever tried
Iridescence (also known as gonochorism) is the property of certain surfaces that appear to change color as the angle of view or the angle of illumination changes – used by land and water animals to hide from or confuse predators – who themselves also use the properties of the iridescent to hide from their prey
Photo © of iridescent snake Mr. Marc A. Spataro

Why are these long wing Sunray Shadow flies so good?

Why are these long wing Sunray Shadow flies so good?
A substantial percentage of the food Atlantic salmon and steelhead eat at high seas is fish – often small silver fish like Capelin and sand-eel as seen on photo – Most likely the long-winged tube fly like the Sunray Shadow will encapsulate the essence of these fish

The other iridescent sunrays

These Iridescent flies are designed for fast waters and fast retrieve – A thin long wing gives the fly a very slender look and we cast them across the river on a 90-degree angle or even upstream… We retrieve them in a fast ripping motion.. and often leave them still – only – when we reach the rod tip… Most salmon will take this fly with a huge splash often jumping clear of the water… We strike when we see the fish jumping or the line tightens

Read more about long-winged tube flies and how you use them – Go to our Fishmadman.com page on the subject

Read more about what salmon eat at high sea – Go to our Fishmadman.com page on the subject

All the Fishmadman box selections of flies 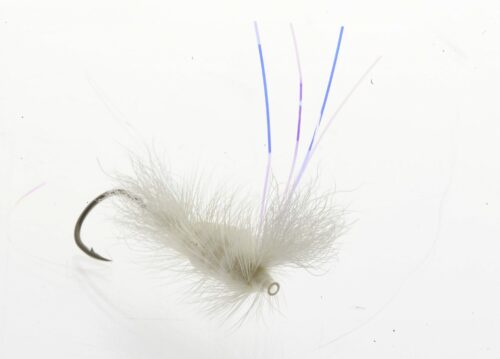 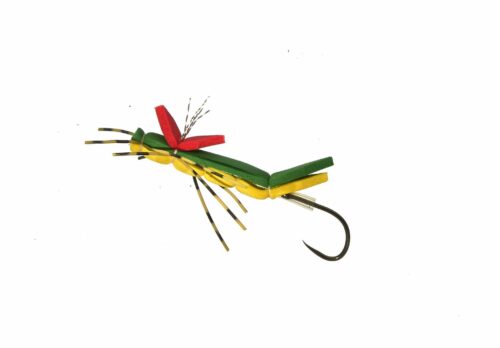 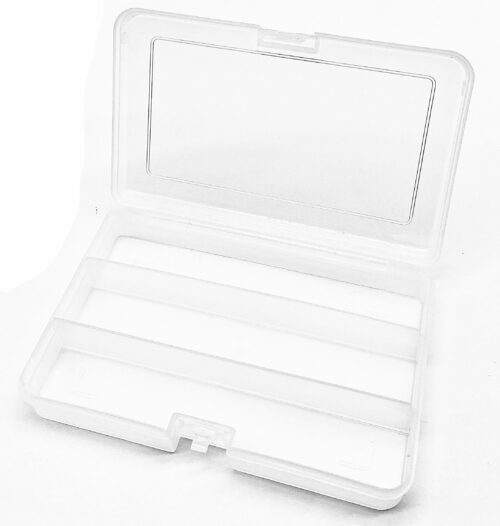 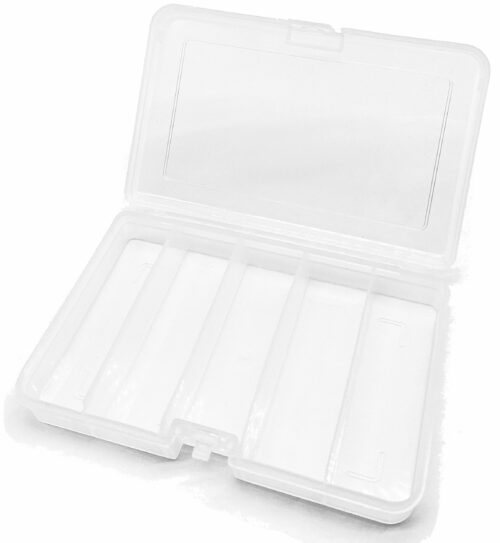 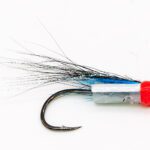 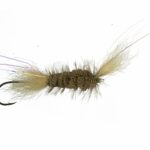 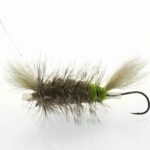